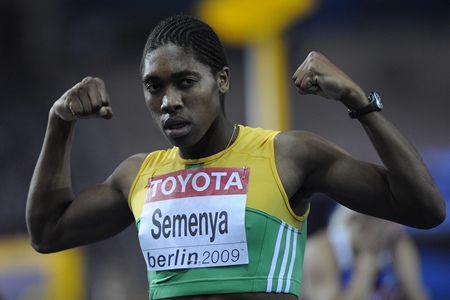 The controversy over 800m race winner Caster Semenya is not a matter of he versus she. It’s a battle of standards of feminine beauty,  a lop-sided one in which Western standards continue to win single-handed.

The same stereotypical physical definitions of thinness, little or no strength, and a large chest are the rigid standards of what a woman “should look like.”

Facial beauty of a woman is defined purely by Eurocentric standards, as the Young Communist League of South Africa has critically observed.

And the world through and through is guilty of perpetuating them. Runners from countries all over the world snubbed the World Champion and made snide comments about her appearance.

This story is completely humiliating. And while the eyebrow-raising questions about her gender do have some merit, maybe it’s time to realize that not all females are going to fit a certain mold, especially one of the fastest women in the world.